If your cat is peeing outside the litter box he or she is trying to tell you something. It may be a change that you have made or he has a serious underlying issue.

If you’ve had him for a while and nothing has changed in his routine, I recommend having him seen by a Veterinarian. Especially, if his eating/drinking habits have changed, he’s crying out, seems weak, or is hiding a lot. Those are signs of a serious problem and you shouldn’t wait.

Other non-serious issues can be handled and fixed with just a little understanding of what is happening.

1. Litter box is too dirty

If it’s brand new, freshly cleaned, and you’re the only one using it, then it’s not so bad. But then take a porta-potty at a concert, that you’ve had to stand in line for, and you’re about the thousandth person to use it…

Yeah, not happening unless it’s an absolute emergency, right?

You might even consider the nearest bush before going in there.
Cats see it the same way, so if you wouldn’t use it, they’re not likely to either.

Felines don’t like change. You may think nothing has changed, but to them, a smell is a big change.

Have you changed to a new detergent or fabric softener? Changing the furniture around or getting a new kitten may not be okay with them either. It can be difficult to figure out what is causing the issue.

One item I have found to help cats cope with change is Feliway. Feliway releases good pheromones in the air to calm cats. I have recommended it to a lot of people traveling with cats or those with big changes about to happen. It comes in wipes, diffusers, and sprays and can be found on Amazon!

3. The litter box is uncomfortable

Cats use their paws to dig in order to cover up their waste. On occasion, the litter company will change the litter. Sometimes it’s the smell or the size of the litter that matters to the cat.

As humans, we don’t have a problem walking barefoot on sand, but we get sensitive if we have to walk across gravel rock.

Think of it the same way for cats.

I thought the Freshstep Crystals would be a good material for litter boxes, it looks cool too! Well, it didn’t work for my cat. He would literally stand on the edge of the litter box in order to use the bathroom!

I applaud him for not using the bathroom somewhere else in my house, but I knew it wasn’t going to work since it was hurting his feet. We switched to Freshstep Multi-Cat w/ Febreze and he seems to like it pretty good.

Getting into the box can also be a concern depending on the age of your cat.

If they’re older or have arthritis, it may be difficult for them if the box has high walls. Getting a Senior Cat Box can make it easier for them to get into.
If it’s a fragranced litter, the smell may be too strong for them if it’s not in a well-ventilated area.

4. Something is scaring them

Back to the porta-potty thought. If you have to go in one of those box toilets, it would be awful for someone to come up behind it and start beating on it.

Yeah, some people do that.

You’re vulnerable and trying to do your business for heaven’s sake! You don’t want to be messed with.

This is usually the issue if you have the litter box enclosed or underneath something trying to hide it. It may be the other way around, too. They may want more privacy and need an enclosed litter box.

If it wasn’t an issue before, see if something has happened. Is there another cat trying to attack them when they come out or go in? Did something fall while they were in there and now they’re afraid to go back? Is this why the cat is peeing outside the litter box?

A urinary tract infection can be an issue, sometimes brought on by stress. It’s the same question of which came first, the chicken or the egg?

Which came first, the stress or the UTI?
We like to rule out an infection before playing the guessing game of why they’re not using the litter box. Your Veterinarian can check a urine sample for infection.

A UTI can be painful. Your cat may wait until they can’t hold it any longer before using the bathroom, or it may be irritating and they go more frequently than normal.

If they’ve used the bathroom somewhere else and found it very comfortable, there’s a big chance they’ll go back.

They like acidic smells. Urine being one of those smells.

(Rubbing their nose in it doesn’t work in this case.)

We need to completely get rid of the odor if they have an accident or they may continue to use that spot. Make sure to get a good odor and stain remover.

If your cat is peeing outside the litter box they’re trying to tell you something. It could be a serious internal issue or something small that he doesn’t like.

Consider the worst possible situation and work your way back. If there’s a possibility of an internal issue, go ahead and have him seen if other things seem off with him.

We don’t want to wait a couple of days thinking our cat is just being an A-hole, because we changed the fabric softener, when he’s trying to tell us he’s sick.

Cat’s don’t let us know something is wrong until they’re 70% too far into an issue. If you’re not sure if he needs to see a Vet, you can check out Is My Pet Sick and Need To See The Vet. It’ll give you a better idea if there’s something wrong.

If your cat is peeing outside the litter box and you can’t pinpoint what it is, I would love to hear from you and see if I can help! Or if you have a similar situation and you figured out what it was, I’d love to hear what your cat had a problem with.

Arthritis In Dogs: The Best Products To Give 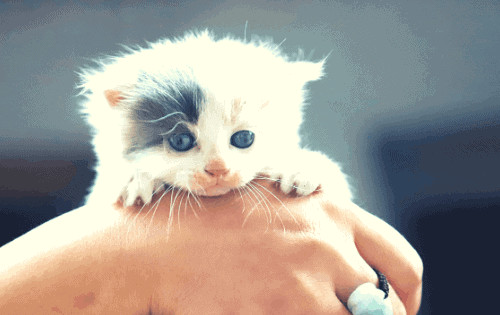 Kittens With Fleas: Treatment For Under 8 Weeks

Introducing A New Pet To The Family

Camping With Dogs: Items And Tips

This blog contains affiliate links. I could earn a small commission if you make a purchase.

Hi! I'm Tish. I love animals, both big and small. I am a full time #boymom and I don't drink coffee. I hope we can relate either through babies or pets! I may be alone on the coffee portion, but there's always wine.

149shares
We use cookies to ensure that we give you the best experience.Okay