Constipation in a newborn baby is scary. In 10 Constipation Remedies for babies, we’re going to discuss the symptoms of a constipated baby, what to do, and when to worry. Have you tried everything to get your baby to have a bowel movement?

Bringing home a new life is scary as hell, especially after you’ve just spent 2 days in the hospital feeling like you’ve gone through a car accident. Then they just send you home to care for another life while you heal from said car accident.

It is also very amazing. Through all the pain you realize you are very strong and you stare into those beautiful baby eyes and get lost in motherhood.

Then comes the fun part of worrying constantly. Are they breathing enough in their sleep? Are they warm enough? Are they cold? Is he eating enough? Has she had enough dirty diapers? When did they poop last?

When did I change the last poopy diaper?

Through the lack of sleep and your mind working overtime, you realize it’s been a day? Maybe two?

I am not a Doctor or a human nurse. If your baby is in pain or you are concerned, please consult with your pediatrician before giving anything other than formula/breastmilk to your newborn.

Baby R was a month old when I realized he hadn’t had a dirty diaper. On Day 3 I was calling the Doctor for help and asking what I needed to be concerned about and at this point if I needed to bring him in. They calmed me down with things I should be looking for.

Things to look for:

We didn’t have any of those symptoms. Everything was going fine, we just hadn’t had a bowel movement.

I was under the impression that three days without a dirty diaper was a concern. I mean that’s what they stick in your head before you leave the hospital, right?

So we tried some things the Doctors Office recommended.

The ILU method where you start under baby’s left rib cage and go straight down to left hip making small circles. Then starting from the right rib cage, go across and down making backward L. Then start at baby’s right hip and make upside-down U, ending at left hip.

We had the water come up to the baby’s belly and did massages at the same time.

Let me include you should not/do not leave your baby unattended in the tub to soak. They could drown.

Filtered/distilled water keeps your baby hydrated and gets their intestines moving if they are trying to pass a hard stool.

Breast milk is a natural laxative. If you’re nursing it is not uncommon for a baby to go several days without having a bowel movement.

Another natural laxative, I added an ounce of grape juice to 4-5 oz of water on occasion hoping my baby would have a dirty diaper.

After several different attempts over 24 hours, we were not successful. As a new mother, I was freaking out! I decided to reach out to my cousin who is a NICU nurse for advice when the advice I tried from the Doctor’s office didn’t help.

With hopes she may have different ideas, we continued the warm baths every night, belly massages about every hour it seemed like, and breast milk. We stopped the grape juice

Dark Karo Syrup
We used a teaspoon per 4-5oz of breastmilk or water.

I now need to make a pecan pie or something with all the leftover Karo syrup I have. Haha. Who wants to talk about food while we’re discussing constipation- yuck- it goes hand in hand though.

My Mom actually grabbed these over-the-counter when I called her with my first concern. They contain prune juice and good bacteria to help the intestines. Overuse could cause diarrhea- it states on the box- but I was okay with anything at this point.

It was suggested that I take a rectal thermometer and insert it a bit in his little bum hoping to stimulate things and make him go. As this broke my heart, I found my SuperMom strength because I just wanted my baby to pass stool. It’s got to be uncomfortable, right?

Glycerine suppositories were next in line to try. It was killing me having to think about doing anything with my new baby’s little butt. I was mortified at the thought of having to do anything so drastic. *Talk with your pediatrician about how much to give with anything not directed for a newborn.

The idea I drew from these, is that the sugar in the suppository draws in fluid to help hydrate and get the colon moving easier. However, throughout all the grape juice, prune juice/probiotics, and Karo syrup I thought we had enough sugar in the system, so I held off on these.

After 4 days without a bowel movement, I talked with our pediatrician and she suggested and gave directions for an enema. Sad. Face. Ugh.

But we were successful!

Then we didn’t have another dirty diaper…

3 days later I was doing everything again. I continued the Probiotic drops because the worst case was that he was going to have diarrhea, but he still wasn’t passing anything.

I couldn’t keep giving my baby enemas though! That’s not fair.

Plus I felt that if I kept giving him enemas then it was like I was pulling nutrients from him that his body may still be absorbing. I argued with myself constantly as to what I should do.

With everything I tried, my baby was never crying out in pain nor straining to use the bathroom. The nurses and doctors didn’t seem worried, so I let it go and just kept an eye on things.

I just continued to count the days, continue our belly rubs and warm baths. And constantly make sure he wasn’t in pain or seem to be straining.

But when he did it was a normal stool. Being a breastfed baby, I guess his body was absorbing everything and he just didn’t have excess waste? I’m not sure, but we’ve been fine ever since.

Have you gone through something like this? What worked for you?

This post may contain affiliate links. Please read my disclosure for more info. Thank you.

How To Prepare Pets For A Newborn 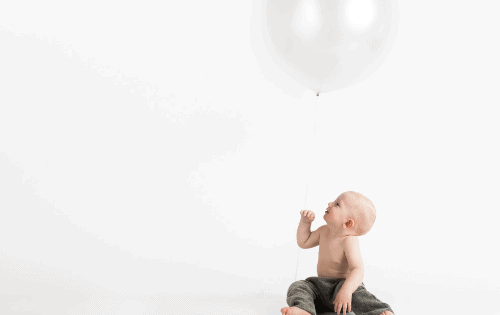 How To Not Get Peed On Diapering Boys!

This blog contains affiliate links. I could earn a small commission if you make a purchase.

Hi! I'm Tish. I love animals, both big and small. I am a full time #boymom and I don't drink coffee. I hope we can relate either through babies or pets! I may be alone on the coffee portion, but there's always wine.

792shares
We use cookies to ensure that we give you the best experience.Okay